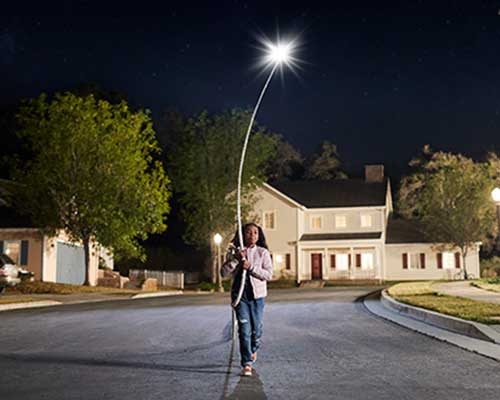 Today, April 29, 2020, marks the 40th anniversary of the wish that inspired the founding of Make-A-Wish®, the organization that grants life-changing wishes for children with critical illnesses worldwide. After 40 years of wish granting, Make-A-Wish has proven time and time again that light can shine in even the darkest and most uncertain times. Make-A-Wish remains committed to delivering hope to wish kids and their families despite facing an unprecedented number of wishes waiting to be granted. As a result, Make-A-Wish is using April 29, recognized annually as World Wish Day®, to launch Wishes Need Stars Like You – a new campaign that rallies the collective star power of everyday people and corporate sponsors who help wish kids and their families when they need it most. The campaign serves as the first effort under the multi-year When Stars Align strategy, intended to highlight the past, present and future stars who align their time, talents and resources to fuel the Make-A-Wish mission.
Both the new campaign and the overarching When Stars Align strategy were developed in partnership with Team One, Make-A-Wish® America’s pro bono brand agency of record. Make-A-Wish kicks off Wishes Need Stars Like You with the release of “Lasso,” a brand-new PSA. The PSA features a voiceover from actor and WWE® Superstar John Cena, who has granted more wishes than any other celebrity wish granter, in addition to a special re-recording of “A Sky Full of Stars” from award-winning musicians Coldplay performed by Sarina Haggarty of London, Ontario, whose wish was granted by Make-A-Wish in 2017.

The cast of the PSA includes current wish kids, wish alumni, volunteers and community supporters like Tony Adkins, a physician assistant at Children’s Hospital of Orange County famously known as “the dancing doctor.” There’s even a cameo from Make-A-Wish co-founder Linda Pauling, whose son, Chris Greicius, inspired the founding of Make-A-Wish in Phoenix, Arizona, when his wish to be a police officer was granted on April 29, 1980.

“While on set for the new PSA, I had a chance to reflect on the growth that has taken place at Make-A-Wish since the founding in 1980,” said Pauling. “All of us co-founders knew that we had tapped into something truly special when we granted Chris’ wish, but back then, we would have never anticipated the wish would lead to an organization that would bring hope and healing to more than half a million children with critical illnesses worldwide.”

A production team of more than 200 people supported the PSA in order to tell a compelling story that clearly and effectively conveys the essence of Wishes Need Stars Like You. Thanks to the generosity of Disney, the PSA was able to be filmed on the life-like neighborhood set of Golden Oak Ranch in Newhall, Calif.

“Wishes Need Stars Like You is a call-to-action to the shining stars all around us – the people and organizations who have the power to bring hope to children, families and communities who need it most. Together, they’ve helped Make-A-Wish transform countless lives over the past 40 years, but there’s still lots more work to be done before every eligible child can experience the power of a wish,” said Jennifer Klotz-Ritter, Co-CEO of Make-A-Wish Canada. Luciano Manzo, president and CEO of Make-A-Wish International, added, “Make-A-Wish is facing a situation unlike any other in our history. We are launching Wishes Need Stars Like You to help people recognize the power they have to be a shining star for wish kids because every child deserves a childhood.”

Make-A-Wish creates life-changing wishes for children with critical illnesses. We are on a quest to bring every eligible child’s wish to life, because a wish is an integral part of a child’s treatment journey. Research shows children who have wishes granted can build the physical and emotional strength they need to fight a critical illness. Headquartered in Phoenix, Arizona, Make-A-Wish is the world’s leading children’s wish-granting organization, serving children in every community in Canada, and in more than 50 countries worldwide.

On October 1, 2019, Children’s Wish Foundation of Canada and Make-A-Wish Foundation® of Canada joined forces, with the goal of granting the wish of every eligible child across the country. United as Make-A-Wish Canada, our mission is to provide children with life-threatening illnesses the opportunity to realize their most heartfelt wish, giving them the strength to endure their treatments and build resilience.

Together, generous donors, supporters, staff and volunteers across the country help grant more than four wishes per day, on average. Since 1983, Make-A-Wish Canada has granted over 33,000 wishes across the country, over 1,600 last year alone.