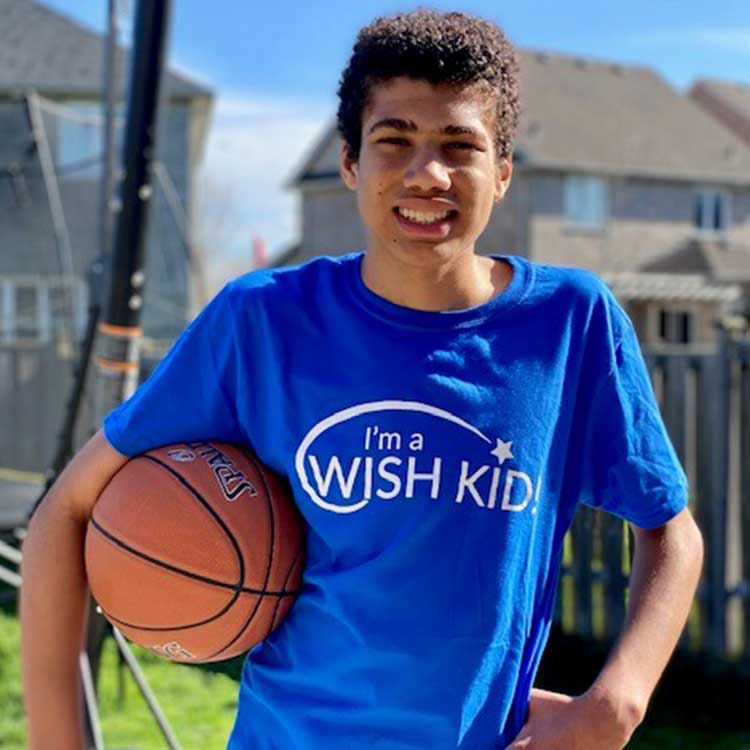 I wish to have a backyard makeover

Xander loves to play basketball and spend time with his family. He’s a protective big brother who would do anything for his two little brothers. At age 13, Xander was diagnosed with cancer.

Xander’s diagnosis put some of his plans on hold while he underwent chemotherapy and focused on his health. After five months of chemotherapy and hospital visits, Xander was thrilled for a chance to have his wish granted.

Xander knew exactly what he wanted: an RV trip across Canada with his family. Having the wish to look forward to kept him going at some of his lowest moments. “On long days of treatment, I’d research where we could go,” says Xander. “I looked up all the cheesy tourist spots!”

This past spring, everything was in place for Xander’s wish. The RV was booked. The route was planned. And then the COVID-19 pandemic hit. Xander’s wish of travelling across the country was no longer possible.

Reimagining his wish, Xander thought about how he could make the most of his time at home with family.  He decided to have a backyard makeover instead – making his home a space that would mean limitless fun for him and his family! In addition to the backyard makeover, Xander and his brothers got to camp out in the RV for a weekend – in their driveway! “It was awesome,” says Xander.

“It was something I could share with my brothers and that was the most important part,” says Xander. “It actually ended up being a better wish,” said his mom, Bryana. “Through months of isolation because of the pandemic, Xander and his brothers had lots of things to do in the safety of our backyard.”

For Xander’s family, it also brought closure. “It was wonderful to see Xander and his brothers just be kids again after all our family has been through,” says Bryana. “We felt like we could close that chapter.”