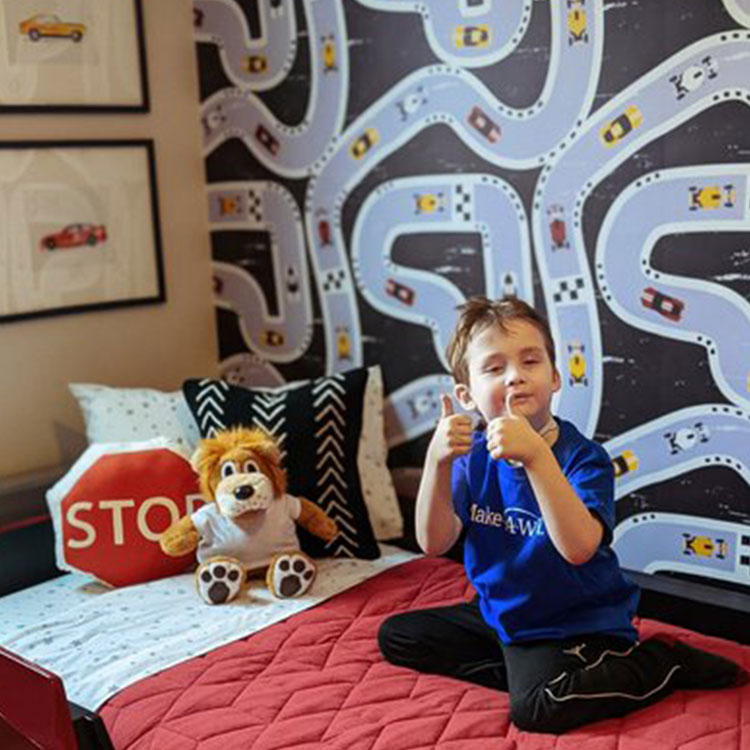 I wish to have the ultimate boys bedroom makeover

Four-year-old Gianni loves reggae music and the ukulele. He is a huge Hot Wheels enthusiast and owns over 400 Hot Wheels cars (his dad would get him one for every day in the hospital). He enjoys spending time with his dad, doing puzzles and playing car racing video games. Gianni is living with a rare brain tumour, one that very few children have been diagnosed with. Unfortunately, the placement of Gianni’s tumour makes it inoperable and the chemotherapy did not have much of an effect on the tumour. Due to some complications, Gianni underwent a tracheostomy, uses a walker and a wheelchair and his prognosis is unknown. Gianni tries to make the most of everyday and continues to make memories with his family.

When Gianni was told his most heartfelt wish was going to be granted, he was so excited to be able to wish for a bedroom makeover. Currently, his bedroom is filled with all the medical supplies he requires on a daily basis, which makes it feel like more of a hospital room than a bedroom. He was thrilled to see his room makeover, so much so that he did not want to leave. It was here where he felt just like a kid again.

“This is his journey, and nobody can tell him how to walk it. We’re just here to hold his hand along the way. Gianni’s bedroom now looks like it belongs to a little boy, so he can have a space where he can be just that.”