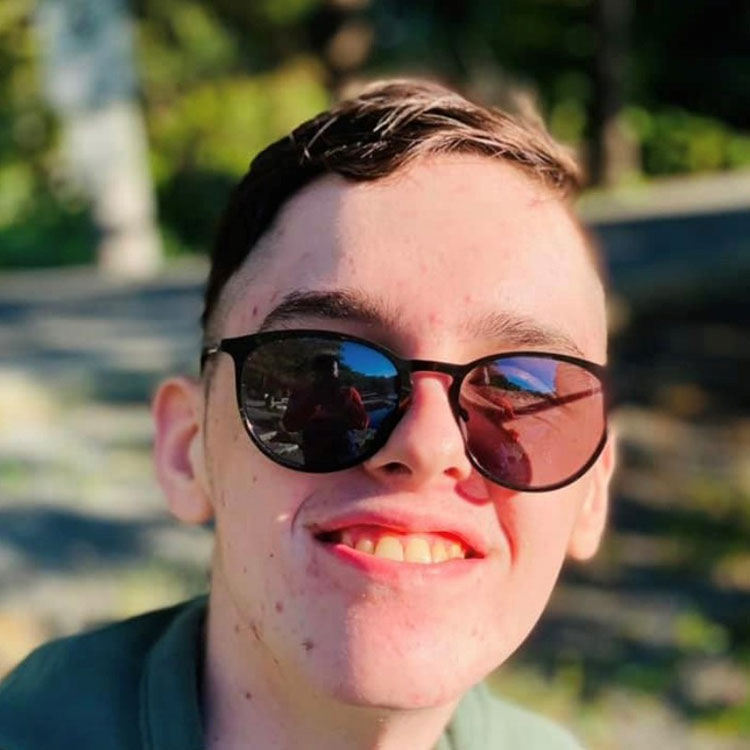 I wish to fly on a plane with my family

At 14-years-old, Connor’s demeanor changed to the point of concern; Connor’s mom didn’t recognize her son and could sense he needed help. To find answers, Connor and his family began the rigorous journey of meeting with specialists & doctors and undergoing various medications & tests. At the age of 17, a blood test at a local children’s hospital gave the answers the family feared the most. Connor was diagnosed with Juvenile Huntington Disease – the same disease that caused his father to pass.

Connor is compassionate, caring, generous, and loves being a bit goofy – he and his sister, Brianna, love to team up and tease their mom! He is happiest when making others happy which is no surprise to learn that when Connor was younger, he often would use any money he was given to buy a gift for someone else. Upon learning that he could have his most heartfelt wish come true, Connor’s mom asked him what he would wish for. His response, “[I wish] for you to be happy, mom.”

As Connor’s disease progressed, it made it more difficult for him to communicate verbally. Connor and his family have since developed a means of communicating with Connor, which involves asking him questions and Connor responding with expressions – mostly with his eyebrows and grins. It was through the arches of his brows, that they discovered that his desired wish was to go onboard a plane and fly with his family.

The joy and excitement sensed from Connor when the family discussed a flight as his possible wish made it evident this was his dream. Brianna was reminiscent of how they always dreamt of going on a plane together when they were little. When it came time to give Connor the news that he’d be boarding a WestJet plane in Halifax, NS and flying to Toronto, ON to spend seven (7) days exploring the big city – Connor’s reaction said it all, a moment his family will never forget. Connor’s mom joked that if his eyebrows raised any higher, they would have got tangled in his hair – a telling sign of an overwhelmingly happy boy!

In an effort to ensure Connor and his family are travelling with peace of mind, various partners have showed their support – Blue Cross for insurance coverage and the Fairmont Royal York for the family’s stay. It is thanks to the WestJet Cares for Kids program, Connor and his family will be flying from Halifax, NS to Toronto, ON and experiencing everything the big city has to offer.

“We are over the moon that Connor’s wish was able to be granted! Spending seven (7) days together as a family is already a wish come true, so everything that comes along with it is a massive bonus! To be able to see Connor do the things he’s always wanted to do means the whole world to us. This trip would have never been possible without you guys!” – Tanya, Connor’s mom